Items related to Queen's Head, The (Nicholas Bracewell): The dramatic... 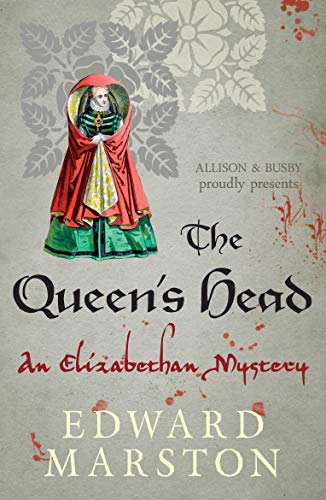 His name was Will Fowler, an actor in the esteemed theatrical company called Lord Westfield's Men, a vibrant young man flushed from the success of a recent performance at the Queen's Head theatre. So exuberant was he that he persuaded the resourceful manager of the company, Nicholas Bracewell, to quaff a pint or two at a nearby pub. Alas, it was to be Will's last taste of beer. A tavern brawl left him dead - but not before he gasped for Nicholas to find his fast-fleeting, red-bearded murderer and administer a just revenge. Yet finding Will's murderer in London's dark, crowded streets was a seemingly impossible task - not to mention the fact that Lord Westfield's Men were just commanded to appear at the court of Elizabeth I - an honour one dare not refuse. . .

Edward Marston has written over a hundred books, including some non fiction. He is best known for his hugely successful Railway Detective series. His other current series are the Home Front Detective , set in the Great War, and the Bow Street Rivals, featuring identical twin detectives during the Regency.

Book Description Paperback. Condition: New. Dispatched, from the UK, within 48 hours of ordering. This book is in Brand New condition. Seller Inventory # CHL6842426