Items related to The British Slave Trade: Abolition, Parliament and... 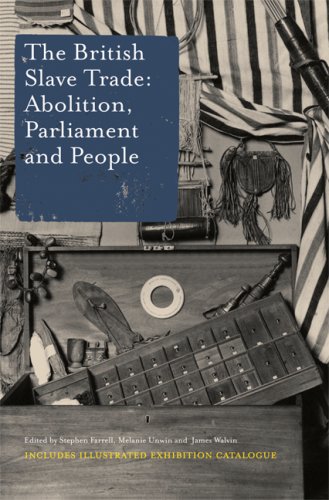 This supplementary issue of Parliamentary History is a selection of essays and an exhibition catalogue to mark the bicentenary of British Parliamentary abolition of the slave trade. The essays are from an international selection of leading researchers in the field, and supplement the exhibition that tells of the pressures and influences both in the United Kingdom and abroad which influenced Parliament and led to the passing of the Act to abolish Britain's slave trade in 1807. The issue, which is also available as a book, includes a foreword by Lola Young, Baroness Young of Hornsey, and covers the background to the slave trade in parliamentary, economic and cultural contexts, and perspectives in response to the abolishment of the slave trade. A catalogue for the exhibition to be held by Parliament in Westminster Hall from 23 May to 23 September 2007 is included in the issue.

Stephen Farrell works for the History of Parliament Trust. Melanie Unwin is Deputy Curator, Office of the Curator of Works of Art, at the Palace of Westminster.