Items related to The University of Edinburgh: An Illustrated History

The University of Edinburgh: An Illustrated History 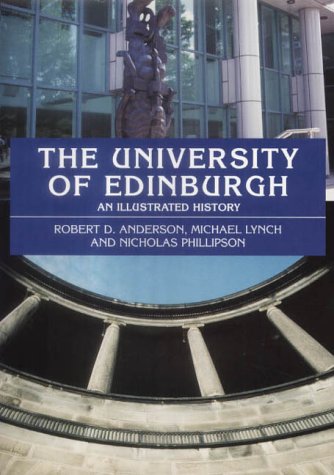 This is a history of the University of Edinburgh from its origins as a town college in the 16th century to its present condition as Scotland's largest university. It describes the Reformation and its impact on students and the syllabus, the competitive challenge of competition from English and European universities, the transformations of the Enlightenment, and the opportunities and pitfalls of the expansions of the 19th and 20th centuries. The authors describe the building of the university from Old College to George Square, and the establishment and growth of the departments of theology, law, philosophy, medicine, science, and the humanities. They trace the often tense relationship between the university and the city, and do not ignore the darker side of the university's history: describing how, at the end of the 17th century, it hanged one of its students for blasphemy; in the 19th century its anatomy department supported a thriving bodysnatching trade; and in the 20th century its students could still shock the nation and its genetic scientists shake the world. The university's history is revealed as fraught with upheaval and crisis in which, despite everything within and without, it survived to become one of the world's greatest centres of scholarship, research, teaching and learning. This is a work of scholarship worn lightly, a story told with wit and style, and peopled by individuals famous and infamous. Illustrated with colour and black-and-white illustrations, it should be a book for all concerned with the university now or in the past to read and to enjoy.

Buy Used
Condition: Very Good
The slightest of shelfwear to extremities... Learn more about this copy

1. The University of Edinburgh: An Illustrated History

2. The University of Edinburgh An Illustrated History