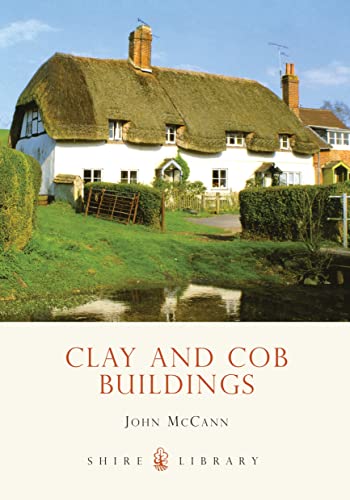 Buildings made of unfired earth are of great antiquity; in Britain they continued to be built until the middle of the nineteenth century. Consequently much of the traditional architecture that gives each region its distinctive character is of these materials, although they have different names in different places: 'clay lump', and 'clay bat' in East Anglia, 'witchert' in Buckinghamshire, 'mud' in the east Midlands, 'clom' in Wales, 'clay dabbin' in Cumbria and 'clay dab' in Scotland. In this book John McCann describes the various processes of building with earth, quotes contemporary descriptions from past centuries, examines the regional patterns and illustrates standing buildings of clay and cob in many parts of Britain. These buildings have many desirable qualities. No fuel is consumed in making them, they are durable, they are warm in winter and cool in summer, and they retain a local character which modern industrial products do not have.

For twenty-five years John McCann photographed modern architecture for architects and the architectural journals. Since 1975 he has studied the traditional buildings of the English country and their historic origins. As a mature student he read for an honours degree in history at King's College, London University. He has lectured and written extensively about vernacular architecture and has tutored numerous courses for Cambridge University and the Workers' Educatonal Association.