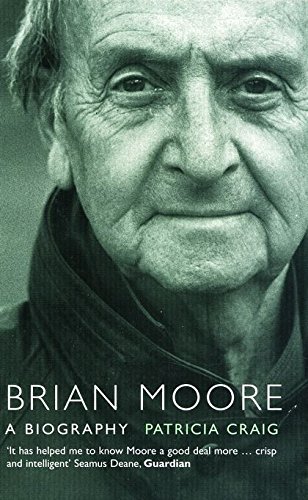 'The only wise prediction to make about a new Brian Moore novel is that it will be unpredictable and wise,' wrote Christopher Ricks reviewing "Black Robe", one of the twenty magnificent novels which put Brian Moore into the first rank of world writers. Northern Ireland may have shaped him, as he grew up one of nine children in a Catholic doctor's Belfast household, but World War II took him to Africa and war-ravaged Europe, and Canada freed him to become a writer. In 1955 he published "The Lonely Passion of Judith Hearne", the first of many novels which led steadily to international critical acclaim. He was a writer's writer, baffling contemporaries with how he pulled off his literary feats. Patricia Craig, who began this authorised biography with the help and blessing of Brian Moore himself, and his wife Jean, pieces together the colourful life that lay behind the novels. She also reveals the droll, romantic, cant-hating, affable and brilliant man who so disarmingly enhanced twentieth-century letters.

Book Description Paperback. Condition: Fair. A readable copy of the book which may include some defects such as highlighting and notes. Cover and pages may be creased and show discolouration. Seller Inventory # GOR010405499

Book Description Paperback. Condition: Good. The book has been read but remains in clean condition. All pages are intact and the cover is intact. Some minor wear to the spine. Seller Inventory # GOR003776867

Book Description Bloomsbury Press 2004-07-20, 2004. Paperback. Condition: Good. Item is in good condition. Some moderate creases and wear. This item may not come with CDs or additional parts including access codes for textbooks. Might be an ex-library copy and contain writing/highlighting. Photos are stock pictures and not of the actual item. Seller Inventory # DS-0747568448-3