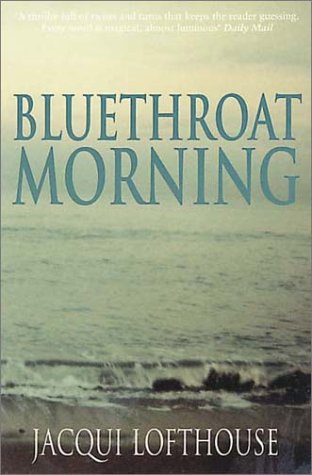 Alison Bliss, world famous model and writer, walks into the sea on a 'bluethroat morning'. In death, she becomes an even greater icon than in life. Six years later, husband Harry is still haunted by her suicide. In order to move forward into a new relationship, he must first relive the past.

Alison Bliss, world-famous model and author of critically acclaimed Sweet Susan, walks into the sea on a 'bluethroat morning'. In death she becomes a greater icon than in life, and the Norfolk village of Glaven where she lived, is soon a place of pilgrimage. Six years later her husband Harry, a schoolteacher, is still haunted by her suicide and faithful to her memory. But then he meets nineteen-year-old Helen and they fall in love. Harry and Helen's relationship initiates a return to the past, and it is at the scene of his Alison's death that they meet ninety-eight-year-old Em Higham. Through this old man a tale is revcaled that has been generations in the making and at whose centre may lie the reason for the tragedy. As Harry pieces together the past and confronts his own pain, he discovers that to truly move beyond history, first he must relive it...

Jacqui Lofthouse has an M.A. in Creative Writing from the University of East Anglia and is the author of The Temple of Hymen. She lives in London.