Items related to The Serpents of Harbledown: v. 5 (Domesday Books) 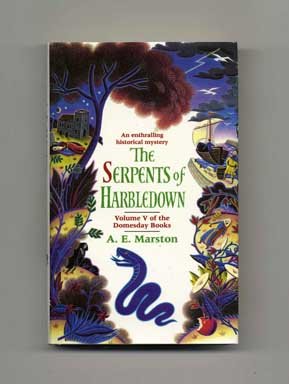 A new historical crime novel featuring Domesday commissioners Ralph Delchard and Gervase Bret, whose arrival in Canterbury coincides with the tragic news of the death of a young Christian girl, apparently the victim of snakebite, but Bret suspects foul play. Follows THE WOLVES OF SAVERNAKE, THE RAVENS OF BLACKWATER and THE DRAGONS OF ARCHENFIELD.

A former history lecturer, Edward Marston was born and brought up in South Wales and educated at Oxford University. Since 1966 he has worked as a full-time writer, and has written over forty original plays for radio, television and theatre, as well as children's books, literary criticism and novels.

The Serpents of Harbledown