Items related to Oliver Moon and the Spell-off

Oliver Moon and the Spell-off 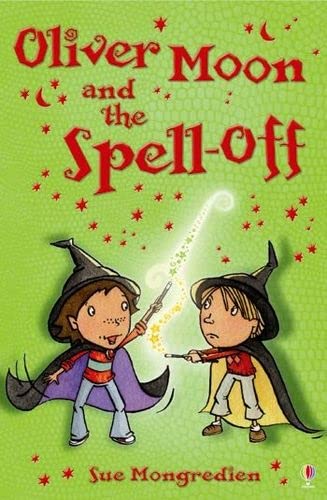 It's embarrassing enough that Oliver's dad has a new job at Magic School, but then smug new boy Casper starts showing Oliver up too. So when Casper challenges Oliver to a magical duel, Oliver agrees. Can he really beat clever Casper and avoid the scary forfeit?

After graduating, Sue worked as an editor of children's books before leaving to travel around the world. She is now a full-time writer, and has had over 60 books published, including several under the pseudonym Daisy Meadows from the highly successful Rainbow Magic series. Author location: Brighton

Oliver Moon isn't keen on the new boy at Magic School. Casper thinks he's the best at everything and tries to prove it by challenging Oliver to a scary spell-off. Can Oliver win the day with his trusty magic wand - or does the whole thing spell trouble?

1. OLIVER MOON & THE SPELL OFF