Items related to Foucault and Feminism: Power, Gender and the Self

Mcnay, Lois Foucault and Feminism: Power, Gender and the Self

Foucault and Feminism: Power, Gender and the Self 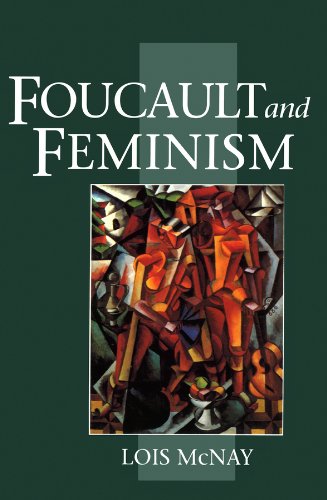 This book offers a systematic attempt to explore the point of convergance between feminist theory and the work of Michel Foucault.

'Thought-provoking account.' Times Higher Education Supplement 'Lois McNay has produced an attractively clear and critical account of how feminists might use Foucault's last works.' Sociology 'It offers a clearly written and thorough, critical survey of Foucault's last publications. This, in turn, is balanced by a wide-ranging and equally critically review of recent developments within contemporary feminist ethical theory. It is well worth the read!!' Women's Philosophy Review 'This is an excellent book, lucid, carefully argued, sympathetically critical and a great pleasure to read.' Jeffrey Weeks, South Bank University

This book offers a systematic attempt to explore the point of convergence between feminist theory and the work of Michel Foucault. McNay argues that feminism has something to gain from a careful reading of Foucault's work, and that, in turn, the concerns of feminist analysis can shed light on some of the limitations of Foucault's approach.

McNay provides a clear and concise account of the development of Foucault's work and then concentrates on his later writings, where he elaborates an original theory of the self. She shows how Foucault's work on the self can be used to counter certain tendencies in feminism, such as the tendency to treat women as passive victims of systems of oppression. However, McNay argues that there are also significant shortcomings in Foucault's writings, particularly with regard to normative and political questions. Re-examining Foucault's ambivalent relation to Enlightenment thought, she shows how this relation underlies some of the most significant ambiguities and unresolved tensions in his work.

2. Foucault and Feminism: Power, Gender and the Self

Book Description 1992. Condition: NEW. 9780745609393 This listing is a new book, a title currently in-print which we order directly and immediately from the publisher. For all enquiries, please contact Herb Tandree Philosophy Books directly - customer service is our primary goal. Seller Inventory # HTANDREE0746681