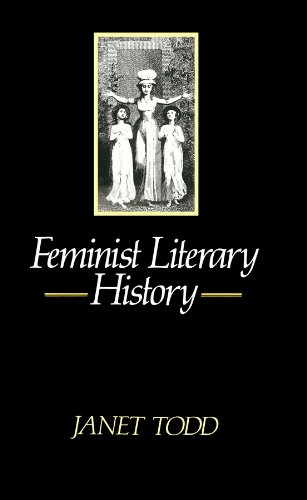 162 pages. Book appears to have hardly been read and is in Fine condition throughout.

In this timely book Janet Todd offers an analysis and defence of the feminist literary history practised by Elaine Showalter and other contemporary American literary critics. She argues that this approach rightly links the political concerns of feminist criticism to the uncovering of female voices embedded in history.

Todd reconstructs the development of feminist literary history from the 1960s through to the present day, highlighting the central themes as well as the strengths and weaknesses. She then examines the debate between American feminist critics, on the one hand, and feminist critics inspired by the work of French theorists such as Kristeva, Irigaray and Cixous, on the other. She defends feminist literary history against its critics and casts doubt on some of the uses of psychoanalysis in feminism. Todd also considers the debate with men and assesses the relevance of academic analyses of gender, masculinity and homosexuality.

Feminist Literary History is a forceful and committed work, which addresses some of the most important issues in contemporary feminist theory and literary criticism. It will be widely read as an introductory text by students in English literature, modern languages, women′s studies and cultural studies.

Janet Todd is the author of several previous books including Feminist Literary History.