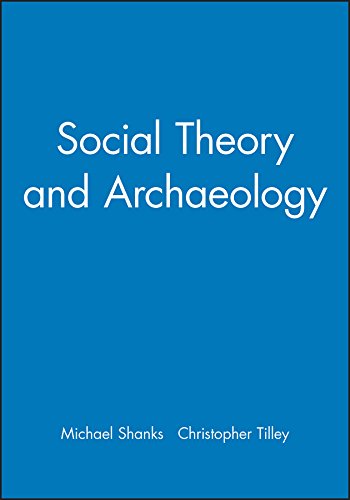 Archaeological theory and method have recently become the subject of vigorous debate centred on the growing realization that archaeological theory is social theory and as such can be looked at by means of a wide variety of sociological frameworks, such as structuralism and post-structuralism, Marxism and critical theory. In this analysis, Shanks and Tilley argue against the functionalism and positivism which result from an inadequate assimilation of social theory into the day-to-day practice of archaeology. Aimed at an advanced undergraduate audience, the book presents a challenge to the traditional idea of the archaeologist as explorer or discoverer and the more recent emphasis on archaeology as behavioural science. The authors examine and evaluate the new possibilities for a self-reflexive, critical and political practice of archaeology, productively linking the past to the present.

Michael Shanks is the author of Social Theory and Archaeology, published by Wiley. Chris Tilley is a British archaeologist known for his contributions to postprocessualist archaeological theory. He is currently a Professor of Anthropology and Archaeology at University College London.