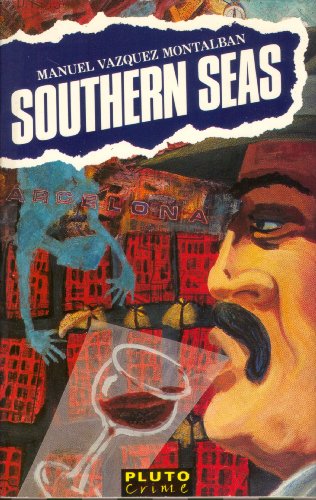 Cover copy The body of Stuart Pedrell, a powerful businessman, is found in a Barcelona suburb. He had disappeared on his way to Polynesia in search of the visionary spirit of Paul Gauguin. Who better to find the killer of a dead dreamer than Pepe Carvalho, overweight bon viveur and ex-communist? The trail for Pedrell?s killer unearths a world of disillusioned lefties, graphic sex and nouvelle cuisine - major ingredients of post-Franco Spain. A tautly-written mystery with an unforgettable - and highly unusual - protagonist.

?Pepe Carvalho is a phlegmatic investigator. His greatest concern is with his stomach, but when not pursuing delicacies, he can unravel the most tangled of mysteries? Sunday Times

Manuel Vázquez Montalbán was born in Barcelona in 1939. He was a journalist, novelist and creator of Pepe Carvalho, a fast-living, gourmet private detective. Montalbán won both the Raymond Chandler Prize and the French Grand Prix of Detective Fiction for his thrillers, which are translated into all major languages. He died in October 2003.