Items related to Disneywar: The Battle for the Magic Kingdom

Stewart, James B. Disneywar: The Battle for the Magic Kingdom

Disneywar: The Battle for the Magic Kingdom 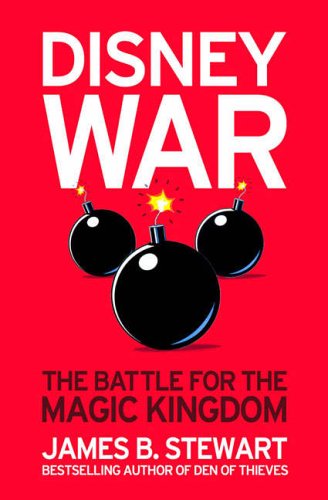 Features the story of the epic battle for control of one the most iconic media institutions in the world.

"One of the best books on American politics in recent years."

'When you wish upon a star', 'Whistle While You Work', 'The Happiest Place on Earth' - these are lyrics indelibly linked to Disney, one of the most admired and best-known companies in the world. So when Roy Disney, chairman of Disney animation, abruptly resigned in November 2003 and declared war on chairman and chief executive Michael Eisner, he sent shock waves throughout the world. DISNEYWAR is the dramatic inside story of what drove this iconic entertainment company to civil war, told by one of America's most acclaimed journalists. Drawing on unprecedented access to both Eisner and Roy Disney, current and former Disney executives and board members, as well as hundreds of pages of never-before-seen letters and memos, James B. Stewart gets to the bottom of mysteries that have enveloped Disney for years. In riveting detail, Stewart also lays bare the creative process that lies at the heart of Disney. Even as the executive suite has been engulfed in turmoil, Disney has worked - and sometimes clashed - with a glittering array of Hollywood players, many of who tell their stories here for the first time.

1. Disneywar: The Battle for the Magic Kingdom