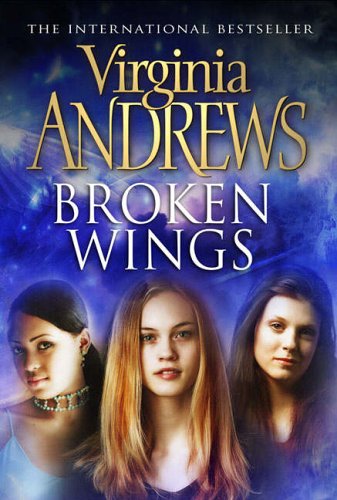 Three girls from different worlds with one thing in common: they were born to be wild. Robin: With a mother who's more absorbed in her singing career than in her own daughter, Robin is left to her own devices when the two move to Nashville, Tennessee. That's where her mother hopes to strike gold - and where Robin finds nothing but trouble. Teal: This rich girl will do anything to get her parents' attention - even break the law. But after she takes things too far for the guy she adores, Teal loses her parents' trust completely - and is treated like a prisoner in her own home. Now there may be only one way out. Phoebe: She's the girl from the wrong side of the tracks, trying to make it in a fast new crowd. She moved in with her aunt to make a fresh start. But now her biggest mistake may be to trust a charming rich boy who coudl ruin her life - and destroy her reputation forever.

- With more than 90 million copies of her books in print, V.C. Andrews is one of the world's most popular authors.
- All of V.C. Andrews' books have been New York Times bestsellers.
- Broken Wings is the first thrilling novel in the fast-paced two-part series, which will culminate with Fly Away Home.

With the publication of her first novel, FLOWERS IN THE ATTIC, Virginia Andrews became a bestselling phenomenon. Since then, readers have been captivated by more than forty novels in the Virginia Andrews' series. Her novels have sold over 100 million copies worldwide and been translated into 22 languages.