Items related to The Secret Life of Cows

The Secret Life of Cows 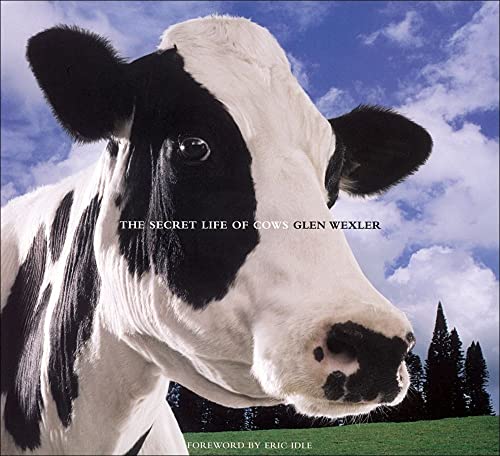 Recipient of the International Photography Association's Gold Medal and Best of Show Awards, Glen Wexler's digitally enhanced photo-illustrations are paired with udderly funny musings from the likes of Dave Barry, Ogden Nash, and Eric Idle, who authors the book's foreword and happens to 'know a bit about cows in comedy.' Wexler put more than 600 creative hours into this book, working with Muppet wardrobe designer James Hayes and pyrotechnic extraordinaire Joe Viskocil. No detail or pixel has been overlooked in the creation of this 'mooving' photographic exposé.

Glen Wexler was one of the first artists to use digital imaging technology as a tool in the creative process. His career began by designing album covers for clients like Quincy Jones, Michael Jackson, ZZ Top, and KISS, and continues with an international client base ranging from Microsoft and Pfizer to Warner Bros. Pictures and Time magazine. He lives with his family in Hollywood Hills, Calif.

2. The Secret Life of Cows