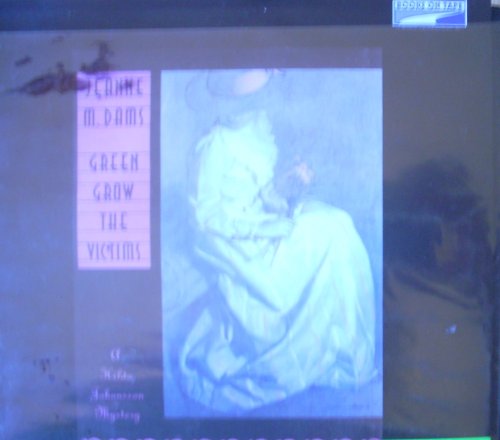 In her third mildly pleasant encounter with villainy (after 2000's Killing Cassidy), full-time housekeeper and part-time sleuth Hilda Johansson suggests that "once upon a time" wasn't always what it was cracked up to be. Take turn-of-the-century America. Remember? Life was simpler. Men were men, women honored and obeyed, and you could beat the hell out of your kids. As described in Dams's novel, life 100 or so years ago in South Bend, Ind., was like being strapped into a behavioral corset that allowed little room to live and breathe. She is especially good at period detail, while her characters are very real. Immigrant families like the Johanssons worked long hours for little pay to bring their families from the old country. In this case, relatives of the man Hilda loves ask her to find Uncle Dan, the flamboyant Democratic candidate for the city council whom the police suspect of murder. Dan was last seen talking to the victim, his political rival. His blood-stained shillelagh was left next to the body. And the only eyewitness is the parish priest who swears it was Dan who did it. Hilda's wealthy employers allow her a week off with pay to find Uncle Dan. Her methods are largely guesswork, the plot thin and improbable. Dams's prose, however, moves smoothly along. This isn't a book for everyone, but if you want to know how to clean a sooty windowsill...

The third Hilda Johansson mystery (after the excellent Death in Lacquer Red, 1999, and Red, White, and Blue Murder, 2000) is--no surprise here--a real treat for fans of historical mysteries. Set in early-1900s South Bend, Indiana, this outstanding series offers rich, detailed, thoroughly captivating mysteries that make readers feel like they've been plucked out of their own time and set down nearly a century ago. This time around, Hilda, a servant in the fabulously wealthy Studebaker household who seems to have a knack for solving crimes, looks into the murder of a local politician and the disappearance of the prime suspect. As usual, though, the mystery here is only half the fun. Dams, who also writes the popular Dorothy Martin novels, clearly knows a lot about Indiana at the turn of the last century, and--unlike many writers of historical mysteries--she's able to incorporate factual elements into her stories so seamlessly that we can't tell (and don't care) what's real and what's made up. This is the kind of book you don't just read, you step into. If you haven't met Hilda yet, don't put it off any longer. David Pitt
Copyright © American Library Association. All rights reserved

Book Description Audio CD. Condition: Good. Item is in good condition. Some moderate creases and wear. This item may not come with CDs or additional parts including access codes for textbooks. Might be an ex-library copy and contain writing/highlighting. Seller Inventory # DS-0736687351-3

Book Description Books on Tape, 2002. audio Book. Condition: Good. 6 Reliable AUDIO CDs withdrawn from the library in the clamshell case. Library sticker and marking to the box and the CDs. Some shelf wear and edge wear to the box. The AUDIO CDs are in individual slots, protected and clear sounding. Enjoy this unabridged AUDIO CD performance!. Seller Inventory # CDULib031511350