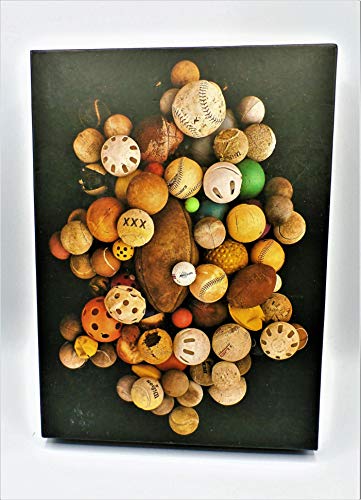 Piece together an intricate and playful scene with Galison's Beach Balls 1000 Piece Puzzle, which features a photograph by artist Barry Rosenthal. He collected these abandoned playthings at various beaches before photographing them as a group. Assembled puzzle size: 20 x 27'' Box: 8 1/2 x 10 x 2'' Contains informational insert about artist and image

Barry Rosenthal is an urban archeologist, photographer and sculptor and collector. Barry s fine art images can be found in the permanent collection of MoMA and the Springfield Museum of Fine Art in Massachusetts. Barry Rosenthal started "Found in Nature" as an offshoot of his botanical work. It has evolved from miniature collections of found objects into large-scale images that represent ocean borne trash. Organising the found object trash into themes of type, colour or whimsy, Rosenthal is able to bring awareness to the global issue of ocean pollution. "Found in Nature" has a worldwide following and has created opportunities for Barry to talk about his work to a larger audience. In the fall of 2010, Rosenthal became a resident artist at chashama in the Brooklyn Army Terminal in Brooklyn, New York. It was then that he was able to refine his vision of his project to where it became socially and environmentally conscious