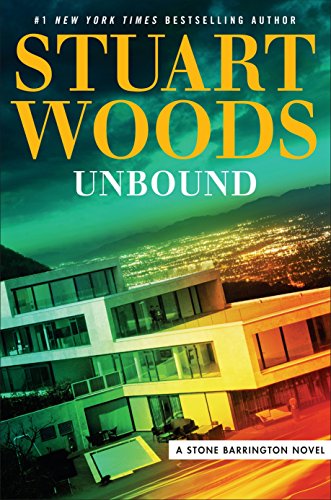 Stone Barrington is pulled along for the ride when a friend pursues a perilous course of vengeance in the newest novel from #1 New York Times-bestselling author Stuart Woods.

In the wake of a personal tragedy, former CIA operative Teddy Fay--now a successful Hollywood film producer known as Billy Barnett--takes a leave of absence to travel and grieve, and lands in Santa Fe in the company of his friends Stone Barrington and Ed Eagle. There, fate hands him an unexpected opportunity to exact quiet revenge for his recent loss, from a man who helped to cover up the crime. But when his enemy wises up to Teddy's machinations, a discreet game of sabotage escalates to a potentially lethal battle. From the arid splendor of the New Mexico desert to the glamour of Hollywood's rolling hills, it will take all of Stone Barrington's diplomacy and skill to maneuver for Teddy's advantage while keeping innocents out of the crossfire.

"A world-class mystery writer...I try to put Woods's books down and I can't."--Houston Chronicle "Mr. Woods, like his characters, has an appealing way of making things nice and clear."--The New York Times

"Woods certainly knows how to keep the pages turning."--Booklist "Since 1981, readers have not been able to get their fill of Stuart Woods' New York Times bestselling novels of suspense."--Orlando Sentinel "Woods's Stone Barrington is a guilty pleasure...he's also an addiction that's harder to kick than heroin."--Contra Costa Times (California) About the Author:

Stuart Woods is the author of more than sixty novels, including the #1 New York Times bestselling Stone Barrington series. He is a native of Georgia and began his writing career in the advertising industry. Chiefs, his debut in 1981, won the Edgar Award. An avid sailor and pilot, Woods lives in Florida, Maine, and New Mexico.