Items related to Hardcastle's Traitors: 11 (A Hardcastle and Marriott... 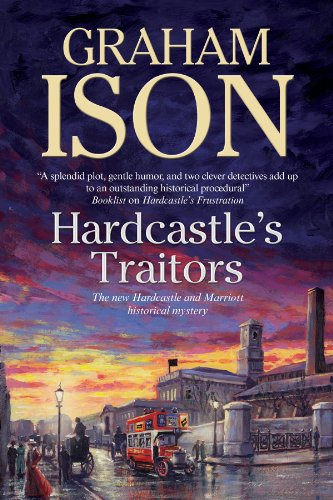 It is New Year's Eve 1915 and the Hardcastle family are welcoming 1916 at their home in Kennington, London. But an hour into the New Year, Hardcastle is called to a murder in a jeweller's shop in Vauxhall. In a first for the A Division senior detective, the killers apparently made their escape in a motor car.

As Hardcastle's enquiry progresses, what he believed to be a fairly straightforward investigation turns into one with ramifications extending from Chelsea via Sussex and Surrey to France, close to the fighting on the Western Front. And as is so often the case in wartime, the army becomes involved and so, to Hardcastle's dismay, does Scotland Yard's Special Branch . . .