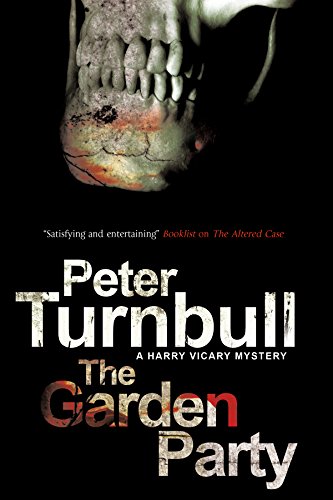 "Fans of Sally Spencer and Cynthia Harrod-Eagles will enjoy this one" Library Journal on Aftermath A note that is discovered hidden in a wall cavity of a London hotel leads Detective Inspector Harry Vicary and his team to a burial site containing the charred bones of two men. Their investigation quickly leads them into a dark and brutal world, but who were the dead men and how did they meet their fate? To solve the case Vicary must uncover what happened at a notorious gangland garden party - a party from which two men never returned . . .

Vicary, a cop with some shadows in his own past, is an increasingly interesting lead character, and each book in this new series is better than the last. If this trend continues, expect to hear much more about Vicary and his creator Booklist

Peter Turnbull was born and raised in Yorkshire, England. He has had a variety of jobs--in a former incarnation he was a social worker for twenty-three years, an occupation he gave up to become a full-time writer. ""Fear of Drowning"" is his twelfth novel.