Items related to Kings of Many Castles

Freemantle, Brian Kings of Many Castles

Kings of Many Castles 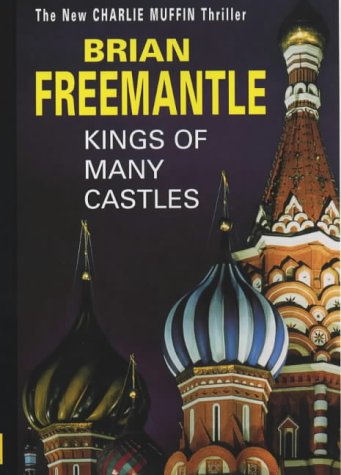 America is on the brink of agreeing to scrap the Star Wars protection system. But when the US President arrives in Moscow a single sniper can put this in jeopardy. Five shots ring out, wounding the Russian President and the US President's wife. The sniper, George Bendall, is the son of a British defector to the USSR, and the UK government becomes involved in the case. Although the three countries are supposedly cooperating, information about Bendall is hard to obtain - but British agent Charlie Muffin can always turn to his partner, Natalia, who is coordinating the Russian investigation. Charlie and Natalia's relationship can hardly take more strain as their tangle of personal and professional becomes even more complex - almost as labyrinthine as the political manoeuvering around this post-Cold War grassy knoll.

Brian Freemantle's worldwide sales are in excess of seven million. Several books in his Charlie Muffin series have been adapted for international television and film distribution. In 1986, the Mystery Writers of America nominated him for the Edgar Allan Poe award.

1. Kings of Many Castles

Book Description Hardback. Condition: Very Good. The book has been read, but is in excellent condition. Pages are intact and not marred by notes or highlighting. The spine remains undamaged. Seller Inventory # GOR001666657

2. Kings of many castles / Brian Freemantle

3. Kings of many castles / Brian Freemantle

4. Kings of Many Castles

Book Description Severn House Publishers Ltd, 2001. Hardcover. Condition: Used; Good. **SHIPPED FROM UK** We believe you will be completely satisfied with our quick and reliable service. All orders are dispatched as swiftly as possible! Buy with confidence!. Seller Inventory # mon0000728399

5. Kings of Many Castles