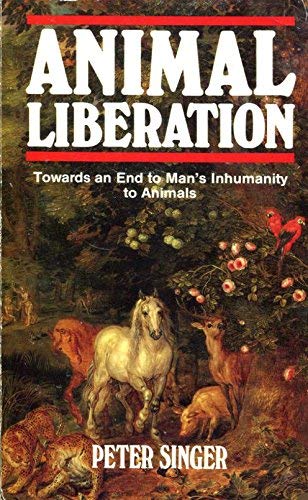 How should we treat non-human animals?

In this immensely powerful and influential book, Peter Singer addresses this simple question with trenchant, dispassionate reasoning. Accompanied by the disturbing evidence of factory farms and laboratories, his answers triggered the birth of the animal rights movement.

In the decades since this landmark classic first appeared, some public attitudes to animals may have changed but our continued abuse of animals in factory farms and as tools for research shows that the underlying ideas Singer exposes as ethically indefensible are still dominating the way we treat animals. As Yuval Noah Harari’s brilliantly argued preface makes clear, this book is as relevant now as the day it was written.

"It galvanised a generation into action. Groups sprang up around the world, equipped with a new vocabulary, a new set of ethics and a new sense of mission...Singer's book is widely known as the bible of the animal liberation movement." (Independent on Sunday)

"A reasoned plea for the humane treatment of animals that galvanised the animal-rights movement the way the Rachel Carson's Silent Spring drew activists to environmentalism." (New York Times)

"Important and responsible...Everyone ought to read it." (Richard Adams)

'An extraordinary book which has had extraordinary effects. . . widely known as the bible of the animal liberation movement' INDEPENDENT ON SUNDAY

1. Animal Liberation: towards an end to man's inhumanity to animals

Book Description Thorsons, 1983. Paperback. Condition: Good. Connecting readers with great books since 1972. Used books may not include companion materials, some shelf wear, may contain highlighting/notes, may not include cdrom or access codes. Customer service is our top priority!. Seller Inventory # S_281410088

Book Description Thorsons, 1983. Condition: Good. This is an ex-library book and may have the usual library/used-book markings inside.This book has soft covers. In good all round condition. Please note the Image in this listing is a stock photo and may not match the covers of the actual item,350grams, ISBN:072250845X. Seller Inventory # 8469057