Items related to Talking with Angels 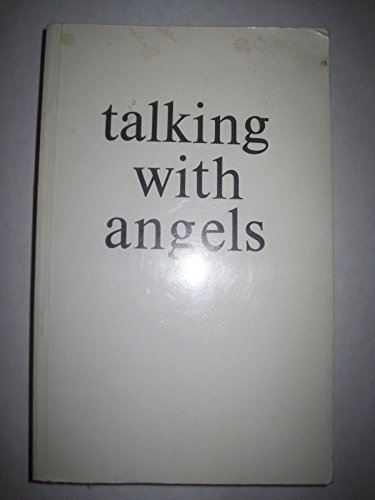 The true story of four young Hungarians in search of inner meaning at a time of outer upheaval - the holocaust - who encountered luminous forces that helped them find new direction and hope in their shattered lives. These forces, which came to be known as angels, accompanied them for seventeen perilous months, until three of them met their deaths in Nazi concentration camps. Only Gitta Mallasz survived to bring their story and these remarkable dialogues to the world. Gitta Mallasz always rejected any notion of 'authorship' for this book, saying, I am merely the 'scribe' of the angels.

Gitta Mallasz always rejected any notion of a authorship' for this book, saying, a I am merely the a scribe' of the angels. Born in 1907 in Austria, she arrived at age 15 in Budapest, where she gained fame as a champion swimmer. She went on to study art and subsequently pursued a successful career as agraphic artist. In 1960, she immigrated to Paris where, after years of silence, the story of this extraordinary encounter was finally published. The original Hungarian documentation has been translated into numerous languages, touching hundreds of thousands of readers. Gitta died in 1992."

It is a small village on the edge of Budapest. Three young women and a man, artists and close friends are gathered together in the uneasy days before Hitler's armies would destroy the world as they knew it. Seeking spiritual knowledge, and anticipating the horrors of Nazi-occupied Hungary, they met regularly to discuss how to find their own inner paths to enlightenment.