Items related to Donkey In The Meadow

Tangye, Derek Donkey In The Meadow

Donkey In The Meadow 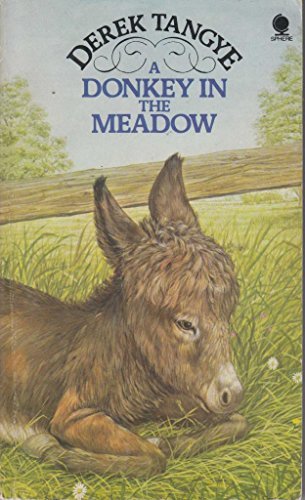 The fourth title in the Minack Chronicles tells the story of how Derek and Jeannie acquired two donkeys, Penny and Fred. From the first steps and learning all about donkey foibles, through to picnics in the meadows, this is a further charming instalment in the tales of the Tangye's life at Minack.

What would it take to risk everything, give up your job, and make the move to a simple life in Cornwall?

Derek Tangye (1912-1996) was the author of the much-loved books that collectively became known as 'The Minack Chronicles'. They told the story of how he and his wife Jean left behind their cosmopolitan lifestyle in London to relocate to a clifftop daffodil farm in Cornwall. There they lived in a simple cottage surrounded by their beloved animals, which featured regularly in his books. In their later years, the Tangyes bought the fields next to their cottage which are now preserved as the Minack Chronicles Nature Reserve.

1. A Donkey in the Meadow

2. A Donkey in the Meadow Tangye, Derek

3. A Donkey in the Meadow Tangye, Derek