Items related to Things of Beauty: What Two Sisters Did for Wales

FAIRCLOUGH, Oliver (ed) Things of Beauty: What Two Sisters Did for Wales

Things of Beauty: What Two Sisters Did for Wales 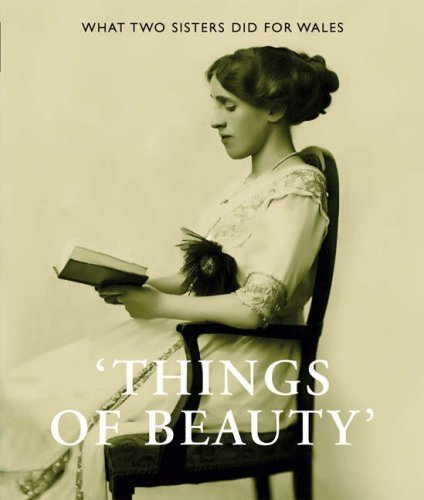 The backdrop to the formation of the Museum's world-famous art collection. A beautiful exploration of how two fascinating sisters used immense wealth created by the Industrial Revolution in Wales, deep religious conscience and 'things of beauty' to transform the cultural life of Wales.

This book is the story of how the pioneering vision of two deeply religious and self-effacing sisters from rural mid-Wales transformed a national art collection - and the cultural life of a nation. Margaret and Gwendoline Davies used their great wealth to establish a range of social and cultural enterprises, whose legacy is still tangible today.

Their Monets, Cézannes and Renoirs are now world-famous. However, this book explores, for the first time, the full extent of their influence. During the First World War, their sense of duty took them to France to run Red Cross canteens - all the while sending wonderful Impressionists paintings home. After the War, they created a centre for creativity and social debate at their home, Gregynog Hall, where art and music could flourish.

Things of Beauty is the moving story of how these two fascinating women combined immense wealth, a belief in spiritual value of the arts and a deep sense of conscience.