Items related to Truant: Notes from the Slippery Slope

Truant: Notes from the Slippery Slope 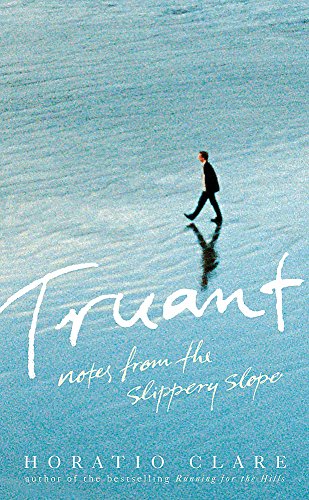 At thirteen Horatio Clare was a boarder at a boy's public school, a privileged member of an apparently blessed generation. A rebel - one of those who detested the system, who thought it not just fun but right to break its laws - he was expelled for smoking dope. He became one of the thousands who gleefully ignored the warnings and set out, in search of experience and intensity, to slalom on the slippery slope.

He was a truant in its original sense: one who beggars himself through choice, not necessity.

From university campuses to the rooftops of New York; from Brixton basements to fear and loathing in Mid Devon, through psychosis, mania and depression, from sanity to madness and back again, this is a portrait drawn from a generation that turned to drugs. And it is a search for understanding: why do we do these things, and what do they do to us? What were we looking for and what did we find?

Praise for Running for the Hills (:)

'A tender, eloquent book about love, the power of the land and the price to paid for living out one's dreams' (Sarah Dunant)

Enchanting ... magical ... so beautifully written that you almost hold your breath' (Daily Mail)

'Beautifully written ... crammed with precious details ... It should be required reading' (Guardian)

'An assured and compelling first book ... A moving exploration of the slow triumph of adversity over optimism' (Rose Tremain, The Sunday Telegraph)

'I'm going to tell the truth', I said suddenly, 'about what we did and why, and what it did to us.'

1. Truant: Notes from the Slippery Slope