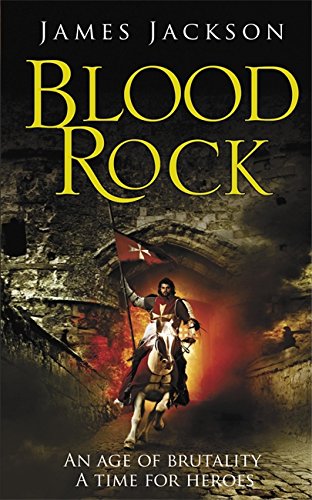 The legendary Hospitaller Knights of St John, the last of the great surviving Christian chivalric orders, have retreated to the small island of Malta, fighting the tide of Islam around the Mediterranean, and robbing from rich traders to survive. But Ottoman Emperor Suleiman the Magnificent now wants the Knights wiped off the map altogether, and dispatches one of the greatest armadas that ever set sail to annihilate them. The Order seems doomed until the extraordinary bravery of one Englishman, Christian Hardy, attracts the attention of the Grand Master himself.

Accompanying Christian in this swashbuckling tale of love, revenge, and destiny is his band of close companions: the Moor, a genius inventor of demonic weapons, Luqa, a young orphan set on becoming Christian's protégé, Hubert, his longstanding friend and spiritual counsellor and Maria, a beautiful noblewoman who rejects the sanctuary of Sicily to be with him. With the help of these steadfast comrades, Christian must now summon all his courage to face an unbeatable enemy, and change the course of history . . .

Set in a period of unparalleled brutality, and told with drama, sweep and passion, The Blood Rock is fiction on an epic scale.

This is history - and terrific history - on every page (Frederick Forsyth, author of The Day of the Jackal)

Set in a period of unparalleled brutality, and told with drama, sweep and passion, Blood Rock is fiction on an epic scale (Malta Independent)

1565, Malta - and a disparate group of pirates, mercenaries and misfits must band together to face the greatest siege the world has ever known...