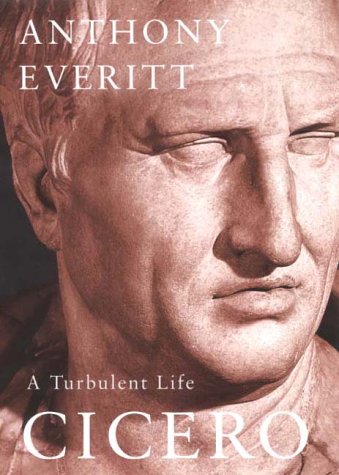 This is one of those rare books, like I Claudius, that brings ancient Rome alive. The biography of a brilliant orator and writer, and a politician who twice held the reins of power, it is also the spectacular story of the fall of the Roman Republic. Cicero's speeches and ideas have influenced European civilized values for two thousand years. Personally, he is accessible to us in his hundreds of letters, many of them to his dear friend Atticus. We are able to follow his busy life as a lawyer and politician, and the historic events in which he took part from day to day (sometimes from hour to hour) as he nervously prepares a speech to deliver in the Forum or to the Senate, detects the supposedly incorruptible Brutus in a financial scam, puts a stop to a sexual escapade of the young Mark Antony, steadies Rome at a moment of acute vulnerability following Julius Caesar's assassination, vainly tries to prevent civil war...or, at more private moments, entertains dinner parties with his wit or irons out a problem with his wayward nephew. In this account of Cicero's career from his provincial origins - he was never entirely accepted by Rome's ruling class - to his tragic end as the Republic he revered crashed round his ears, Anthony Everitt makes full use of Cicero's own words and those of his contemporaries. The figure that emerges is intensely human - often dithering and uncertain, boastful from inner insecurity, emotional enough, beneath a near-Stoic exterior, to wander through the woods weeping in a way then thought unmanly when his daughter died in childbirth. This biography intimately and convincingly brings to life the man whose name has become emblematic of the last days of Republican Rome.

Uobtrusively crammed with fascinating information about Roman life and customs, splendidly clear and coherent in its narrative and altogether convincing in its portraiture (Anthony Cronin, Sunday Independent)

This biographical account describes Cicero's career from his provincial origins through to his tragic end as the Roman Republic crashed around him. Throughout the text Anthony Everitt makes full use of Cicero's own words and those of his contemporaries.