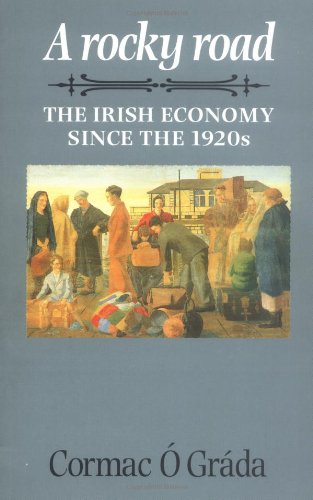 Most Irish historians agree that the southern Irish economy performed very badly between the 1920s and the 1960s; indeed output and incomes had grown so little in those decades that the economic benefits of political independence were far from obvious. There is less consensus about the economic performance since then, though the ability of the South to sustain a significant population increase for the first time since the Great Famine may reflect relative success. This volume critically re-examines the claims and counter-claims using recent data and adopting a comparative perspective, providing a comprehensive narrative for an Irish as well as wider audience. Assuming only a basic understanding of economic and statistical theory, the volume has been written mainly with an undergraduate audience in mind. However, in its use of recent archival evidence in the analysis of policy-making, it should also appeal to political scientists and historians.

1. Rocky Road: The Irish Economy Since the 1920s (Insights from Economic History)

Book Description Paperback. Condition: Very Good. The book has been read, but is in excellent condition. Pages are intact and not marred by notes or highlighting. The spine remains undamaged. Seller Inventory # GOR002062303

Book Description Paperback. Condition: Good. The book has been read but remains in clean condition. All pages are intact and the cover is intact. Some minor wear to the spine. Seller Inventory # GOR002025449