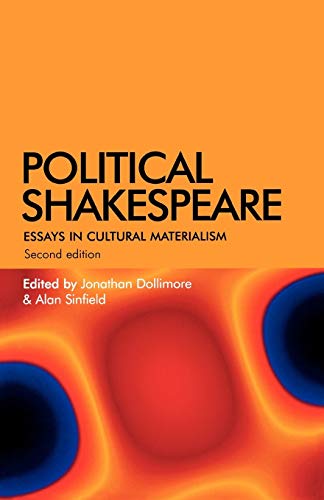 The new wave of cultural materialists in Britain and new historicists in the United States here join forces to depose the sacred icon of the "eternal bard" and argue for a Shakespeare who meditates and exploits political, cultural and ideological forces. Ten years on, this second edition presents additional essays by Jonathan Dollimore and Alan Sinfield.

Jonathan Dollimore is Professor of English and Related Literature at the University of York.