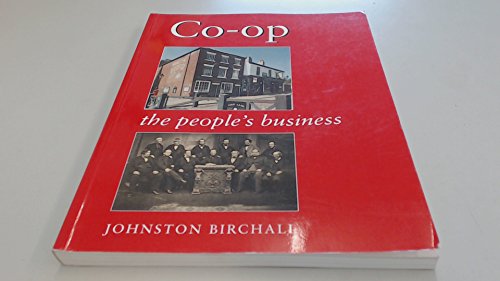 The "Co-op", one of the world's most successful businesses, has been a common experience for millions of working-class people in Britain since the beginning of the Industrial Revolution. This work celebrates, in words and pictures, the history of a social movement which began with shopkeeping and grew into a large-scale international business, completely owned and controlled by its customers. This title tells how this British invention spread across the world - from the 28 "Rochdale Pioneers" of 1844 to the 700 million members of today's International Co-operative Alliance - and how it was adapted to meet a variety of human needs, including worker, housing, fishing, agricultural and credit co-ops. It shows how, as a third way between capitalism and state control, co-operative businesses continue to transform the lives of the poorer people in the "Third World" and in the post-communist countries of Eastern Europe.

Book Description Paperback. Condition: Very Good. The book has been read, but is in excellent condition. Pages are intact and not marred by notes or highlighting. The spine remains undamaged. Seller Inventory # GOR001057705

Book Description Manchester Univ Pr, U.S.A., 1994. Soft cover. Condition: Near Fine. 1st Edition. A proper academic study of the topic with many notes and lengthy bibliography. Such defects as there are , are very minor indeed. Extra postage for overseas delivery. Seller Inventory # 000089

Book Description Manchester Univ Pr, 1994. Condition: Good. 0th Edition. Ships from the UK. Former Library book. Shows some signs of wear, and may have some markings on the inside. Seller Inventory # GRP9795138