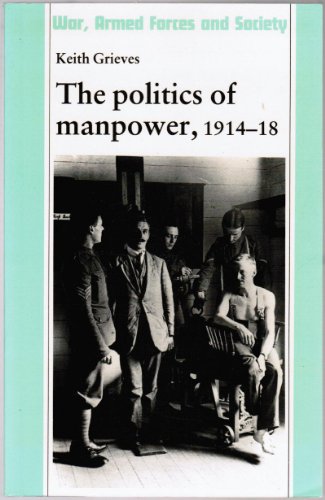 During World War I the campaigns on the Western Front were largely motivated by the strategy of attrition. The problem for successive British governments was the integration of military and industrial activity within the "total war" effort. The author discusses the largely compartmentalized direction of the nation's resources until 1918 - the raising of the New Armies, the political crisis of December 1916, the abortive National Service campaign, the rise of Sir Auckland Geddes as the manpower "expert", and the government's response to the German spring offensive in 1918 - noting that it was not until the last year of the war that co-ordinated use was made of mobilized manpower. This book is intended to be useful to those interested in Britain's military, industrial and social condition in World War I and in the development of government and society in the early 20th century.

Book Description Paperback. Condition: Good. Minor shelf wear Good condition is defined as: a copy that has been read but remains in clean condition. All of the pages are intact and the cover is intact and the spine may show signs of wear. The book may have minor markings which are not specifically mentioned. Most items will be dispatched the same or the next working day. Seller Inventory # wbb0020141726