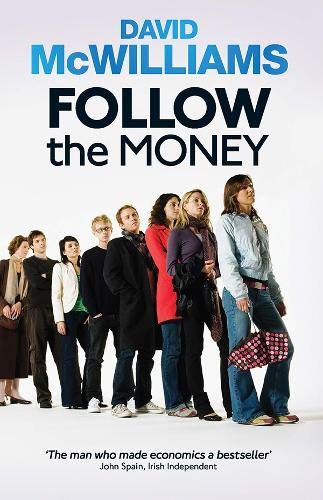 The Pope's Children are turning 30 and in the four years since David McWilliams introduced us to the generation that could have had it all, the Pope's Children have been betrayed. This book is about real people and how good people can be broken by bad economics. But it doesn't have to be like this. There is a way out. We catch up with old friends, Breakfast Roll Man and Miss Pencil Skirt, and meet new characters like the Merchant of Ennis, Shylock and the Godfather. We have late night tea with Brian Lenihan and cross swords with Seanie Fitzpatrick. We learn why the average drug dealer on the side of the street has more in common with the banker than either would care to mention, as we follow the money - in both rackets - from its source at the very top right down to the 'buy now, pay later' deals at rock bottom. Why should we trust the people who got us into this mess in the first place? They were wrong then and they are wrong now. The politicians, bankers and developers think they can hand us the bill and walk away from the carnage. They want us to follow a route that will make things worse for the ordinary man on the street while saving the bankers at the top of the tree, insisting that there is no other way. But there is an obvious alternative which has been adopted by every economy that has successfully emerged from this type of crisis. Follow the Money is an optimistic and uplifting book about that alternative, which is well within our grasp if only we'd wake up and seize it. 'If you want a dry economic tome, this is not the book for you. However, for analysis of post-boom Ireland, how we got here and the issues we now face, it makes a lot of serious points in an entertaining and provocative way' Sunday Business Post 'This is a vivid, witty and provocative book' Richard Bruton, Irish Independent

David McWilliams is the author of the bestselling Pope's Children and Generation Game. He lives in Dublin with his wife and two children.

1. Follow the Money: The Tale of the Merchant of Ennis [Paperback] David McWilliams

2. Follow the Money: The Tale of the Merchant of Ennis