Items related to Hirohito and the Making of Modern Japan

Bix, Herbert P. Hirohito and the Making of Modern Japan

Hirohito and the Making of Modern Japan 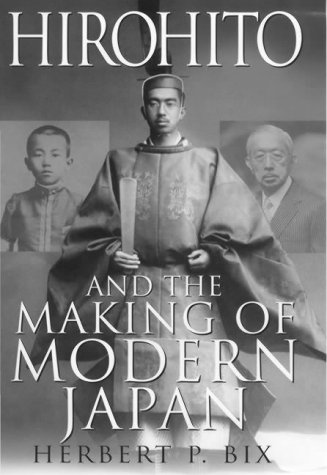 Though one of the most hated World War II leaders, together with Hitler, Stalin and Mussolini, no one has ever written a full-length biography of Emperor Hirohito. Mostly due to the secrecy of Japanese society, where responsibility for war atrocities has still not been acknowledged, it is in large part a consequence of US spin-control after the armistice. Fearful of a civil war, General MacArthur invented the fiction of Hirohito as a peaceful emperor, whose symbolic power was abused by his war-hungry underlings. In this biography, Bix reveals that nothing could be further from the truth. Groomed as the supreme warlord from early childhood, Hirohito was firmly in control of his troops up until his surrender. Everything, including his love for science and his visit to the UK, he adopted to strengthen and maintain his vast and deeply-rooted imperial power. Playing off the army against politicians, who were frequently murdered or committed suicide, no major decision was ever taken without being passed by him.

Herbert P. Bix grew up in Winthrop, Massachusetts, and earned his Ph.D. in history and Far Eastern languages from Harvard University. For the past thirty years he has written extensively on modern and contemporary Japanese history in leading journals in the United States and Japan. He has taught Japanese history at a number of American and Japanese universities, most recently at Harvard, and is currently a professor in the Graduate School of Social Sciences at Hitotsubashi University in Tokyo.

1. HIROHITO AND THE MAKING OF MODER