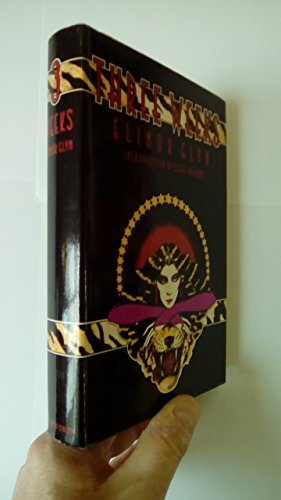 Elinor Glyn was a British writer best known for pioneering mass-market women s erotic fiction and popularizing the concept of the It Girl, which had a profound influence on 20th century popular culture and the careers of Gloria Swanson and Clara Bow. In addition to her work as a scriptwriter for silent movies, Glyn was one of the earliest female directors. Elinor Glyn s elder sister was fashion designer Lady Duff-Gordon, who survived the tragic sinking of the Titanic. Over the duration of her career Glyn penned more than 40 works including such titles as Three Weeks, Beyond the Rocks, and Love s Blindness. Elinor Glyn died in 1943.

Book Description Gerald Duckworth and Co Ltd, 1974. Hardcover. Condition: Good. DJ may have small chips and tears, price clipped. Book will have been read but remains clean. Cover may have light wear or slight soiling. Pages may be slightly tanned. May contain inscriptions but text pages will be free from markings. Seller Inventory # 9999-9996042605

Book Description London: Duckworth, 1974. dj, 1974. Hardcover - First printing of a new edition of book originally published in 1907 with an introduction by Cecil Beaton. A novel which shocked Edwardian England to its core, and became an overnight sensation - 319 pp. Very good in a very good dust jacket (some yellowing to pages, rem line bottom edge). Seller Inventory # 2352

Book Description Duckworth, 1974. Hardcover. Condition: Good. Connecting readers with great books since 1972. Used books may not include companion materials, some shelf wear, may contain highlighting/notes, may not include cdrom or access codes. Customer service is our top priority!. Seller Inventory # S_283340018

Book Description Gerald Duckworth & Co Ltd, London, 1974. Hardback. Condition: Near Mint. Dust Jacket Condition: Mint. Re-issue. This copy is in near mint condition , there is a small neat inscription to the f.e.p. The unclipped dust wrapper is in mint condition. This re-issue has the benefit of a long informed introduction by Cecil Beaton. Elinor Glyn (née Sutherland; 17 October 1864 23 September 1943) was a British novelist and scriptwriter who specialised in romantic fiction that was considered scandalous for its time. She popularized the concept of It. Although her works are relatively tame by modern standards, she had tremendous influence on early 20th-century popular culture and perhaps on the careers of notable Hollywood stars such as Rudolph Valentino, Gloria Swanson and Clara Bow in particular. When the novel was published in the USA by Duffield & Co., it was quite popular, 50,000 copies were sold in the first three weeks. After that, it sold on average about 2,000 copies per day for the next three months. The book's subject matter made it a specific target of the Boston-based Watch and Ward Society's anti-vice campaigns. A sexual scene in Three Weeks inspired the rhyme: Would you like to sin / With Elinor Glyn / On a tiger skin? / Or would you prefer / To err with her / On some other fur? Ref TT2 Size: 320pp. Seller Inventory # 016048