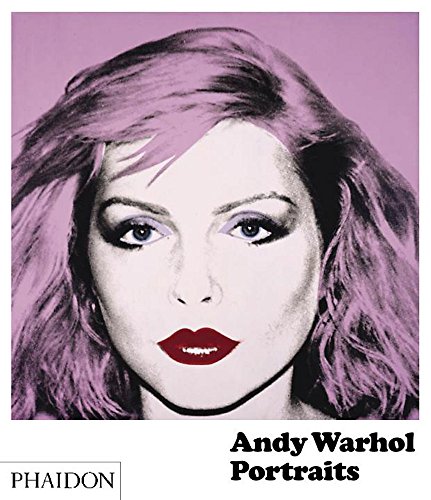 To the general public, Andy Warhol is known as a painter of famous faces, from Liz and Marilyn and Jackie and Marlon to his own ever-changing self-portrait. Less known are the portraits he made throughout his career of socialites, art dealers, collectors, politicians, and a variety of contemporary cult figures, mostly commissioned work that helped finance Warhol's many other artistic activities. This book is the first to provide a comprehensive overview of Warhol's many portraits, including well-known icons as well as many works largely unknown even by avid Warhol followers. Included are more than 300 portraits made by Warhol from the early 1960s until his death in 1987, assembled as a face-book of the amazing cast of characters that populated Warhol's fascinating, star-studded, and, at times, sordid world. As Warhol said, "I think everybody is my friend." Included in this book is an introduction by gallerist Tony Shafrazi, who has a long history with the work of Andy Warhol, and essays by Warhol experts, established art historians, and critics Carter Ratcliff and Robert Rosenblum, who lend insight into one of the least fully known but nevertheless prolific aspects of Warhol's endlessly fascinating career.

"Warhol fever is well and truly back. His endlessly compelling portraits of Jackie, Marilyn Joan et al have been collected – along with many of the lesser known faces that made up his world – in Andy Warhol Portraits and they are as fresh as the first time you saw them."―Sunday Telegraph

"Hurrah for yet another great book on our wig wearing disco dancing Andy Warhol."―Ten +

"By gathering 300 of his portraits together for the first time, this volume proves that legacy of Warhol's works is far from superficial. His acid-bright portraits are, and will remain, the portrait of his age."―The Independent

"This is one book to be judged by its glamorous, classy cover."―The American

"This tome of Warhol faces both famous and anonymous deserves a prime spot on any art lover's coffee table."―GOTHAM

"Each carefully constructed, color saturated image is its own Warhol masterpiece, but together they become something even greater: iconic."―NYLON

This book grew out of an exhibition that was organized by the Tony Shafrazi Gallery, New York, in 2005. With the show, Shafrazi paid homage to a seminal display of Warhol's portraits that took place at the Whitney Museum of American Art, New York, in 1979-80. Titled "Andy Warhol: Portraits of the 1970s," the Whitney exhibition presented for the first time a large array of the commissioned portraits that the artist began in the early 1970s as a way to offset the cost of multiplying activities at the Factory. Shafrazi's exhibition included many of the portraits shown in the original Whitney exhibition as well as others. This volume takes Shafrazi's exhibition even further, nearly doubling the number of works shown. Art historians and critics have long neglected this body of Warhol's work, preferring to discuss and study the more iconic Lizzes and Marilyns or Campbell's Soup Cans of the 1960s. Many of the portraits in this book have rarely been seen before.

For example, the book will include, in addition to the famous portraits of Jackie, Marlon Brando, or Dennis Hopper, images that Warhol made of actors Bill Murray and Meryl Streep, of fellow artists Donald Judd, Cy Twombly, and Joseph Kosuth, of royal family members such as Princess Diana and Princess Caroline, and of lesser-known socialites and art patrons. This book includes an essay by Robert Rosenblum, who also contributed to the Whitney's original exhibition catalogue, a text by renowned art historian and Warhol expert Carter Ratcliff, and an introduction by Tony Shafrazi.