Items related to Raw Creation: Outsider Art and Beyond (F A GENERAL)

Raw Creation: Outsider Art and Beyond (F A GENERAL) 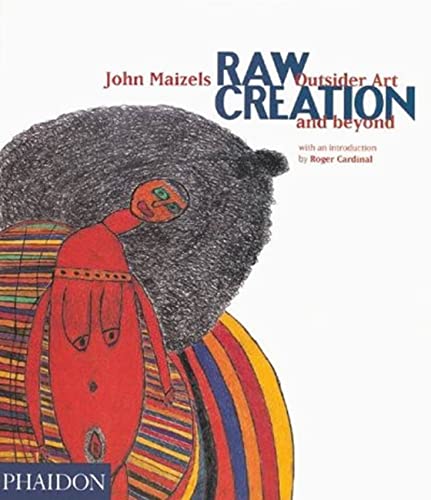 The art of self-taught artists - including visionaries, folk creators, spiritualists, recluses, the 'mad' and the socially marginalized - was once scorned by the art establishment. Among the first to value and collect such works was the French artist Jean Dubuffet (1901-85), who coined the term Art Brut, or 'raw art'. He saw Art Brut as the purest form of creation because it was 'uncooked' by culture, touched by a raw nerve and deriving directly from the psyche. Some 50 years later, a wave of enthusiasm for contemporary folk art has gripped countries as far apart as India and the United States. John Maizels ties these disparate strands together, providing an extensive survey of the self-taught art of the twentieth century.

Today a bewildering range of terminology has emerged, along with growing enthusiasm, for strains of creative expression outside the conventional art world. In Raw Creation, Maizels traces the history of the recognition and study of this art and examines different theories and definitions that have grown up around it. He provides detailed expositions of the work of individual artists ranging from such Art Brut masters as Adolf Wolfli and Aloise Corbaz, to such gifted American folk artists as Bill Traylor and Mose Tolliver. Devoting several chapters to large-scale visionary environments, Maizels takes a broad view, embracing Rodia towers in Watts, Los Angeles, the Palais Idéal in the South of France and Nek Chand's sculpture garden in north India.

Raw Creation provides an indispensable guide to self-taught art and a fascinating account of human creativity.

'Outsider' art - produced by visionaries, the 'mad' and the socially marginalized - presents images of immediacy and power, arising outside accepted art circles. This book provides an account of the work of 'outsiders', other non-academic artists, and builders of visionary environments.

"A compendium worthy of the vibrant range of human creativity it documents."―(Time Out New York