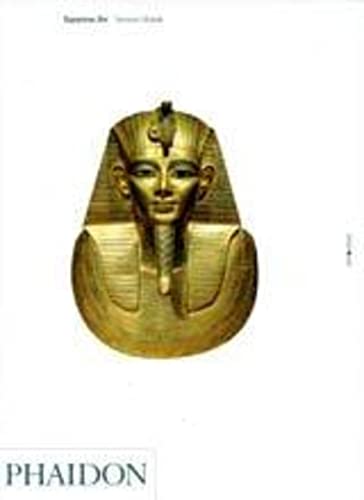 From the geometrical precision of the pyramids to the golden treasures found in Tutankhamun's tomb, the art of ancient Egypt has an enduring capacity to attract and intrigue. These remarkable works of art are the concrete expression of the ancient Egyptians' way of life and their attitudes to religion and the afterlife. In this clear and comprehensive introduction, Jaromir Malek deftly traces Egyptian art from its prehistoric origins, through 3, 000 years of astonishing achievements in the era of the pharaohs, to the conquest of Egypt by the Romans.

"By placing the material firmly in its social and cultural context, Malek is able to explain many of the subtleties and complexities of the relationship between life and art in the pharaonic period. No other book on Egyptian art gives quite so strong a sense of the painting and statuary as almost inevitable products of the culture of ancient Egypt."―Ian Shaw, Department of Archaeology, Liverpool University

"A fascinating survey of how Egypt's own history influenced its art forms and genres over three thousand years."―Betsy Bryan, Department of Near Eastern Studies, Johns Hopkins University, Baltimore

On the Art & Ideas series

"Art & Ideas has broken new ground in making accessible authoritative views on periods, movements and concepts in art. As a series it represents a real advance in publishing."―Sir Nicholas Serota, Director, Tate London

"The format is wonderful and offers what had long been missing in academic studies: usable manuals for specific themes or periods... I am definitely not alone in welcoming Art & Ideas as a precious set of teaching tools."―Joachim Pissarro, Yale University

"Phaidon's series may prove to be the pick of the crop. It boasts expert but undogmatic texts and a wealth of illustrations."―The Sunday Telegraph

Ancient Egyptian art has an enduring fascination. From the geometrical precision of the great pyramids at Giza to the golden treasures found in the tomb of Tutankhamun, the products of the Egyptian civilization attract and intrigue. Far from being art work in the modern sense, they represent the concrete expression of a profound belief in the primacy of the Egyptian way of life and the continuation of the spirit in the afterlife. This comprehensive book traces Egyptian art from its origins in prehistoric times through the supreme achievements of the pharaohs to the Roman period. Placing the works of art in their historical, geographical and spiritual context, Jaromir Malek seeks to create a more complete and realistic view of this fascinating culture. Beyond the period of ancient Egyptian art itself, Malek traces the history of Egyptology and looks at the influence of Egypt on modern art, a topic which has so far been almost completely ignored. Through its wealth of illustrations, this book reveals the immense variety and superb quality of the objects and buildings that have survived from ancient Egypt.