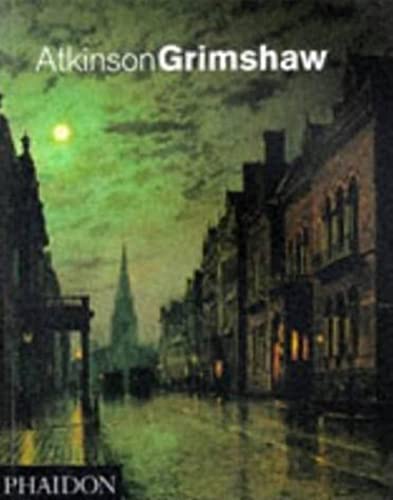 Atkinson Grimshaw (1836-93) led an intriguing life, abandoning his job in the Great Northern Railway Company to pursue painting full-time. This volume is the first comprehensive study of the classic English painter, covering the full scope of Grimshaw's career, from his early landscapes to the urban industrial scenes that became his hallmark. It explains and deconstructs in great depth the techniques of Grimshaw's art, and locates him in the context of Victorian art and society among such contemporaries as Alma-Tadema and Tissot.

Since many of Grimshaw's paintings are held in private collections, a large proportion of his work is reproduced here for the first time. This monograph signifies an important collection of his life's work as it spans his entire career to offer a thorough and sensitive insight into how his painting progressed and why, as well as bringing to light the various ways in which he influenced - and was influenced by - his contemporaries, both technically and psychologically.

"Alexander Robertson's handsome and most readable biography is a fitting tribute to a brilliant artist."―Yorkshire Evening Post

Atkinson Grimshaw's early landscapes were influenced by the pre-Raphaelite Brotherhood's ideals of painstaking detail, but he later developed a distinctive kind of industrial landscape, lit by moonlight, gaslight, or both. These urban scenes were very popular with the public, particulary in the north of England where he did so much of his work, but less so with the offical art world. In this comprehensive study of the artist, Robertson shows the full scope of Grimshaw's work - from the early paintings of the Lake District and Yorkshire landscapes to the townscapes, dockscenes, coastal views and richly colourful portrayals of sophisticated Victorian ladies. The author discusses the techniques of Grimshaw's art, and examines the many varieties of colour and mood that are captured in his paintings. He also assesses Grimshaw's place in Victorian art and society, comparing him with his contemporaries such as James Tissot and Sir Lawrence Alma-Tadema. An appendix lists all the public collections which hold examples of the artists work.