Items related to The glass house 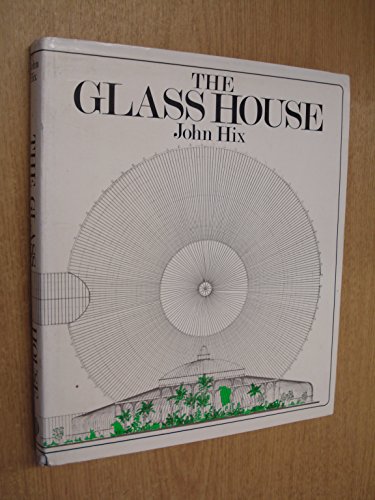 When John Ruskin disparaged the Crystal Palace as 'a great cucumber frame', he hit upon a truism. Representing the zenith of Victorian glasshouses, the Crystal Palace epitomized a building type that had been developed by horticulturists and garden specialists on a sophisticated level and a spectacular scale. John Hix's ground-breaking book on the subject, first published in 1974, has been extensively revised and rewritten for this new edition.

The Glasshouse traces the evolution of the building type back to antiquity and goes on to describe developments in the sixteenth century when houses and orangeries were first constructed in glass. The history continues into the eighteenth and nineteenth centuries when increasingly complex structures were built incorporating iron and industrial construction techniques. The contribution of innovators such as Joseph Paxton and J C Loudon is charted and their influence on the pioneers of twentieth-century design such as Paul Scheerbart and Bruno Taut is examined.

"Within each chapter there is a well-constructed narrative that brings out welcome new material on the development of iron, steel, and glass structures and their uses. The notably rich selection of over 300 pictures, well reproduced and generously annotated, relates closely to the discussion."--"Technology and Culture"

The Glasshouse traces the evolution of glass enclosures from the mid-seventeenth century when the desire to nurture exotic plants in a foreign and often hostile climate led to the development of the glasshouse and ingenious mechanical servicing systems, capable of creating its own artificial microclimate. The Glasshouse charts the work of innovators such as Joseph Paxton and J. C. Loudon, and proceeds to examine their influence on the pioneers of twentieth-century design such as Paul Scheerbart and Bruno Taut. The Glasshouse is richly illustrated from a wealth of historic and contemporary etchings, lithographs and photographs. It will appeal to the specialist and the enthusiastic gardener alike.