Items related to Will and Me: How Shakespeare Took Over My Life

Dromgoole, Dominic Will and Me: How Shakespeare Took Over My Life

Will and Me: How Shakespeare Took Over My Life 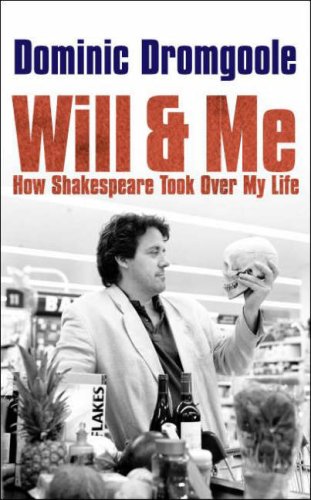 Shakespeare has always been part of Dominic Dromgoole's life. From school plays to adolescent angst, from his love of Stratford to his experiences as a director, the shadowy figure of the Bard has always been there.

Here he recounts the story of his life through Shakespeare, and in turn shows us what Shakespeare can tell us about the world. In this free-wheeling and passionate exploration of Shakespeare the artist, the man, the playwright, the hack and the genius, Dominic Dromgoole explores why it is that he can enter our lives with such force and teach us so much about living. An enigmatic man, whose own life is a source of constant speculation, the figure of Shakespeare is one of almost unimaginable affection and importance for many people, who find in his plays real meaning and real life.

Using his own encounters as a guide, this book shows how Shakespeare's words on war, love, death, drunkenness, family, friendship and everything else reveals us to ourselves. This is the true nature of Shakespeare: a godhead of comic, dirty, sublime English humanism whose plays and characters have somehow become a universal way of understanding the world.

Poignant, revealing and often bawdy book, by turns soliloquy, tragedy and comedy, Will and Me is a glorious appreciation of how a life can be illuminated through encounters with Shakespeare's rough and ready genius.

Articulate, intelligent and passionately set down ... Dromgoole's enthusiasm has a sincerity and warmth that are infectious. -- The Observer

Dromgoole writes with a bright, breathy eloquence: lyrical flights carry with them terms of irrestibly seductive bathos -- The Independent on Sunday

Friendly, inclusive, I warmed [to it] immediately. A terrific book. -- William Leith, The Evening Standard

His book is an absolute delight... The outstanding quality of Dromgoole’s book is his sheer, overwhelming love for Shakespeare -- The Sunday Times

This book is clearly a triumph. -- Jonathan Bate, The Spectator

A passionate Shakespearean since practically birth, Dominic Dromgoole is the new Artistic Director for the Globe Theatre, the playhouse which Shakespeare wrote for. He was previously Director of the Oxford Stage Company, writes a column for the Guardian, and contributes regularly to the Sunday Times. His first book, The Full Room, about contemporary playwriting, was one of the most controversial and successful theatre books of the last few years.

1. Will and Me: How Shakespeare Took Over My Life

2. WILL AND ME: HOW SHAKESPEARE TOO

3. Will and Me: How Shakespeare Took Over My Life [Hardcover] DOMINIC DROMGOOLE