Items related to The Stories Of English

Crystal, David The Stories Of English

The Stories Of English 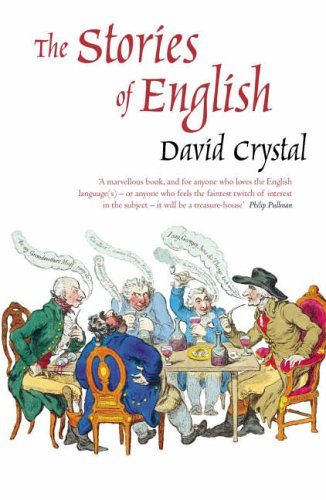 There have been many histories of the English language but, strangely, none has attempted to tell the true global story of English: for there are in fact many English languages and each has a story. David Crystal here presents the reader with not only the authoritative history of standard English, but also narrates the stories of the dialects of English, showing how they influenced the development of standard English. There are numerous panels describing word histories and looking in detail at specific idiosyncracies of the language along the way. The definitive account.

'It should be compulsory reading for anyone interested in language' -- The Scotsman, June 19, 2004

The English language is now accepted as the global lingua franca of the modern age, spoken or written in by over a quarter of the human race. But how did it evolve? How did a language spoken originally by a few thousand Anglo-Saxons become one used by more than 1,500 million? What developments can be seen as we move from Beowulf to Chaucer to Shakespeare to Dickens and the present day? A host of fascinating questions are answered in The Stories of English ? a groundbreaking history of the language by David Crystal, the world-renowned writer and commentator on English. Many books have been written about English, but they have all focused on a single variety ? the educated, printed language called ?standard? English. David Crystal turns the history of English on its head and instead provides a startlingly original view of where the richness, creativity and diversity of the language truly lies ? in the accents and dialects of nonstandard English users all over the world. Whatever their regional, social or ethnic background, each group has a story worth telling, whether it is in Scotland or Somerset, South Africa or Singapore.

The Stories of English Crystal, David

The Stories of English