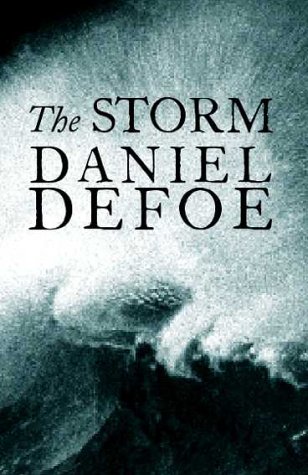 On the evening of 26th November 1703, a cyclone from the north Atlantic hammered into southern Britain at over seventy miles an hour, claiming the lives of over 8,000 people. Eyewitnesses reported seeing cows left stranded in the branches of trees and windmills ablaze from the friction of their whirling sails. For Defoe, bankrupt and just released from prison for seditious writings, the storm struck during one of his bleakest moments.
But it also furnished him with the material for his first book, and in his powerful depiction of private suffering and individual survival played out against a backdrop of public calamity we can trace the outlines of his later masterpieces such as A Journal of the Plague Year and Robinson Crusoe.

Richard Hamblyn is the author of the Invention of Clouds: How an Amateur Meteorologist Forged the Language of the Skies, which won the LA Times Book Prize and was short-listed for the BBC4 Samuel Johnson Prize in 2002. He lives and works in London.