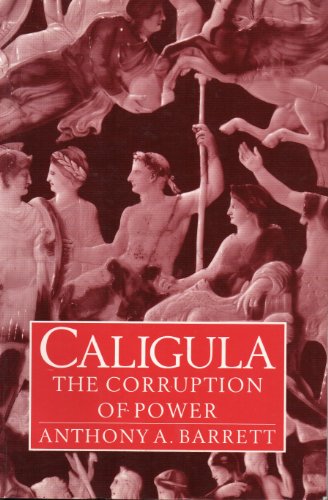 Of all the Roman experors none, with the possible exception of Nero, surpasses Caligula's reputation for infamy. But was Caligula really the mad despot and depraved monster of popular legend or the victim of hostile ancient historians?
In this first major reassessment of Caligula's life, reign and violent death for over fifty years, Anthony Barrett draws on the archaeological and numismatic evidence to supplement the later written record. While Caligula's unpredictable behaviour clearly caused distress among the nobility, public reaction to his assassination was anger, not relief: his self-indulgence had been generally enjoyed after Tiberian austerity and most of his named victims had been executed not capriciously, but for involvement in plots against him. Moreover, Caligula's short reign (AD 37-41) is not historically insignificant. He formulated the plans for the conquest of Britain; his reign saw the first serious outbreak of anti-semitism in the Roman world; most important of all, because of a complaisant Senate, he became the first emperor to enjoy almost unlimited powers. The manner of his accession established a pattern that was to be repeated over the next four centuries.
In Professor Barrett's view, the mystery of Caligula's reign is not why he descended into autocracy, but how any intelligent Roman could have imagined a different outcome. To make an inexperienced young man, brought up by aged and repressive guardians, master of the world was to court disaster. The autocracy of Caligula and of subsequent emperors was one of the Romans' own making.

The first full-scale biography for over 50 years of the Roman Emperor who reigned as a wilful autocrat and planned the invasion of Britain and whose reign saw the beginning of anti-semitism in Rome. Of all Roman emperors none, with the possible exception of Nero, surpasses Caligula's reputation for infamy. But was Caligula really the mad despot and depraved monster of popular legend or the victim of hostile ancient historians? This book draws on the archaeological and numismatic evidence to offer a careful reconstruction of Caligula's life and times and a shrewd assessment of his historical importance.

Having studied at the Universities of Oxford, Durham and Toronto, Anthony Barrett is currently Professor of Classics at the University of British Columbia in Vancouver. He has written extensively in the field of classical antiquity.

1. Caligula : The Corruption of Power