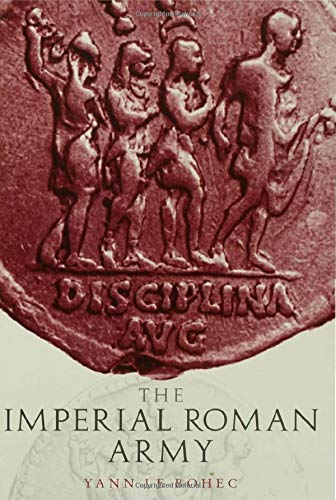 The Emperor Augustus believed that the Roman army occupied a crucial lace at the heart of the empire and it was he who made it a fully professional force. This book looks at the structure and development of the army between the Republic and the Late Empire, examining why the army has always been accorded such a prominent position in the history of the Roman Empire, and whether that view is justified.
The book is divided into three sections. The author first examines the major divisions of army organization - the legions, the auxiliary units, the fleet - and how the men were recruited. Secondly he looks at what the army did - the training, tactics and strategy. Finally he considers the historical role of the army - how it fitted into Roman society, of which it was only part, and what influence it had economically and politically.
In exploring these themes, the author gives equal weight to epigraphic, documentary and archaeology evidence. With tables summarizing detailed information, Yann Le Bohec provides a synthesis of current knowledge of the Roman army from the first to the third century AD, putting it in its context as part of the state structure of the Roman Empire.

'An essential purchase, the most helpful The Roman Army where the chapters on "the practical role" and "cultural influence" are not to be missed even by those whose interest in things military are slight.' - Greece and Rome