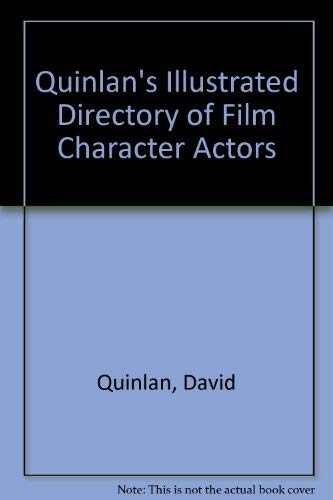 This is a guide to over 850 character actors and actresses. The people covered include John le Mesurier, Irene Handl, Dora Bryan and Sam Kydd from the British studios, and Elisha Cook, Iris Adrian, Hattie McDaniel and Irving Bacon from Hollywood. There is a photograph to accompany every entry in the book. After a short account of each actor's career and characteristics, all their known film credits are given, including many fleeting appearances never previously recorded, plus shorts and TV movies. David Quinlan is also the author of "The Illustrated Directory of Film Stars", "The Illustrated Directory of Film Directors" and "British Sound Films 1928-1959".