Items related to The Worm Forgives The Plough

The Worm Forgives The Plough 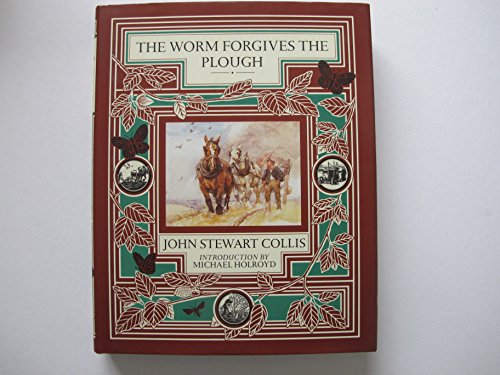 WITH AN INTRODUCTION BY ROBERT MACFARLANE

During the Second World War, John Stewart Collis volunteered to leave his comfortable life as an academic to work on the land for the war effort. His account of this time perfectly captures the soft-handed, city-dweller's naivety and wonder both at the workings of nature and the toughness of life on a farm. It's set in the south of England and comprises exquisitely written sections on whatever happens to take Collis's fancy and inspire his thoughtful curiosity, ranging from humorous sketches of the characters he works alongside; mini-essays such as 'Contemplation upon Ants', The Mystery of Clouds', 'Colloquy on the Rick', 'Meditation while Singling Mangolds', 'The Garden of Eden'; and celebrations of the earthworm, pea and potato. His mind ranges far and wide through literature science and philosophy as well as amazing descriptive writing, which makes for a book that is as uncategorisable as it is enchanting.

"He is the poet among modern ecologists, a natural philosopher who , whether he is writing about trees or rainbows, an iceberg or a piece of chalk, never takes a fact without linking it to an idea, or an idea without connecting it to a fact. His book dispenses information in the language of the imagination, and by peeling back the film by which everything appears dully familiar, reveals a vision of the world miraculously transfigured" (Michael Holroyd The Times)

"A philosopher who had a shining view of the natural world, and was able to divine the magic inherent in phenomena so commonplace that we take them for granted" (Guardian)

"A little classic" (The Oldie)

While following the plough (The Worm forgives the plough)

WHILE FOLLOWING THE PLOUGH (THE

While following the plough (The Worm forgives the plough)