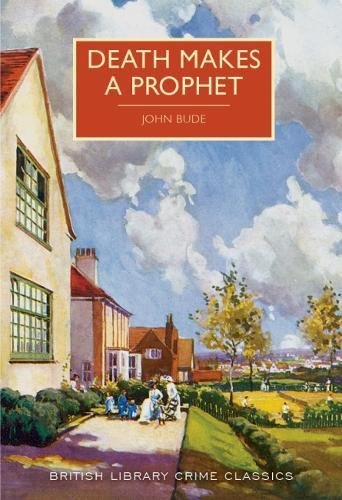 'Small hostilities were growing; vague jealousies were gaining strength; and far off, wasn't there a nebulous hint of approaching tragedy in the air?' Welworth Garden City in the 1940s is a forward-thinking town where free spirits find a home - vegetarians, socialists, and an array of exotic religious groups. Chief among these are the Children of Osiris, led by the eccentric High Prophet, Eustace K. Mildmann. The cult is a seething hotbed of petty resentment, jealousy and dark secrets - which eventually lead to murder. The stage is set for one of Inspector Meredith's most bizarre and exacting cases. This witty crime novel by a writer on top form is a neglected classic of British crime fiction.

"The 'stranger in a strange land' premise works really well in this revived mystery...Bude infuses the tale with comic commentary throughout."--Connie Fletcher "Booklist "

"Bude manages to maintain a pleasantly sharp satirical tone while juggling what would prove to be a very complex plot. ...it is a most likeable book."--Leslie Blatt "Classic Mysteries "

John Bude was the pseudonym of Ernest Elmore (1901-1957), an author of the golden age of crime fiction. Elmore was a co-founder of the Crime Writers' Association, and worked in the theatre as a producer and director. Other John Bude crime titles available as British Library Crime Classics include The Cheltenham Square Murder and Death on the Riviera.