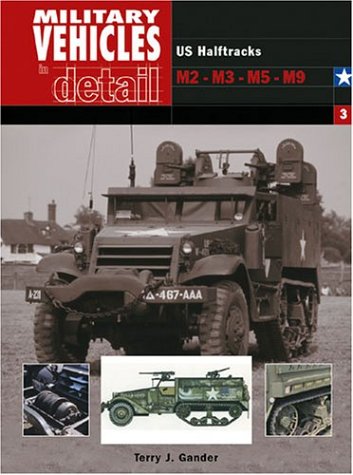 During World War 2, and particularly after the USA's entry into the conflict, the military exploited to the maximum the potential of the 4x4 for staff transport and rapid forward movement. The US-manufactured Jeep (derived from GP for general purpose) set the standard for this type of vehicle and there was no directly comparable British-designed and built model until the launch in 1947 of the Land Rover. The original purpose of the Land Rover was two-fold: to earn significant export sales and to provide the British armed forces with a locally-built 4x4 vehicle. In the 60 years since the Land Rover was first produced its market has expanded considerably, becoming both an essential vehicle for those who require its remarkable off-road capabilities and through the Range Rover and other developments, a popular model for personal use. However, the Land Rover remains an essential part of the equipment used by Britain's armed forces. It has served in virtually every theatre of operations involving British troops since 1947. Its battle honours include the conflicts resulting from the retreat from Empire in places such as Malaya and Aden, the troubles in Northern Ireland and the Falklands War, through to current operations in Afghanistan and Iraq. In addition, the Land Rover has been acquired by the armed forces of many other nations. Whilst much has been written about the Land Rover since its first appearance, the majority of books have concentrated solely on its use as a personal form of transport with its original raison d'Etre being largely ignored. This book is designed to rectify this omission, providing the reader with a comprehensive history of the Land Rover and its various guises in military service in Britain and overseas. Written by one of the country's leading experts on the subject of military transport in general and Land Rovers in particular, the book is published in the 60th anniversary year of the Land Rover project being given the go-ahead. Superbly illustrated throughout with some 250 mono and colour illustrations, Military Land Rover - Development and In Service is a remarkable account of the military career of one of the most successful motor vehicles ever built in the British Isles. For all those with an interest in military transport, the book is an essential study on a fascinating subject and for all involved in either the preservation or modelling of the type, the book will provide an excellent range of reference information accompanied by very many photographs.

Terry Gander lives on Alderney in the Channel Islands and has worked for many years on Jane's Defence publications in addition to being the author of a number of books, including volumes on the Tiger I/II and SdKfz 250/1-250/12 in the 'In Detail' series.

Designed with the modeller, preservationist and the wargamer in mind, Ian Allan Publishing's 'In Detail' series provides the reader with a comprehensive history of the type of tank, self-propelled propelled gun and military transport featured.

Book Description Ian Allan, Hersham, 2004. Paperback. Condition: New. First Edition. Designed specifically with the modeller, preservationist and wargamer in mind, this book provides a comprehensive history of all the main US models of this half-track vehicle up to the end of the war in 1945. 96 pages. Many colour and b/w photographs and drawings. Every book is sent in a cardboard postal package. Size: 25 Cm x 18.5 Cm. Seller Inventory # 8984