Items related to London Transport in the 1950s

London Transport in the 1950s 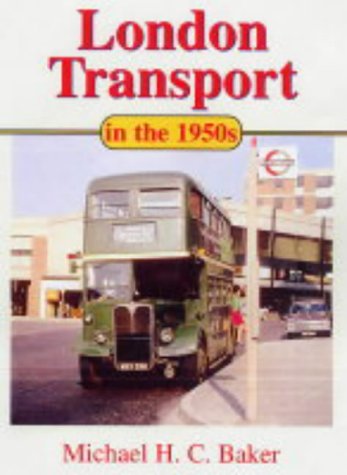 The 1950s represented years of considerable change for London Transport. After the destruction wrought by the Luftwaffe during World War 2, it took LT some years to be in a position to reinstate its prewar policy of tramcar replacement, but - in contrast to the years prior to World War 2 - it was the diesel bus that was destined to replace the capital's final trams, rather than the trolleybus. Indeed the trolleybus itself would be under threat by the end of the decade, with a policy of wholesale conversion being introduced in 1959. With trams having disappeared in 1952 and with trolleybuses destined to follow them into oblivion a decade later, LT's bus fleet was also to be altered radically during the course of the 1950s, with the final RTs being delivered and the launch of the superb Routemaster. The decade was to see the elimination of many of the prewar designs that had survived the war and the arrival of other classic designs, such as the single-deck RF. It was not only LT's road services that saw considerable change in this period; on the Underground, LT took over responsibility for several ex-LNER branches and saw the expansion of the electrified network. In his latest book on London Transport for Ian Allan Publishing, Michael Baker continues the story of LT's postwar development from his earlier volume on LT in the 1940s. Drawing on a remarkable collection of historic photographs, allied to contemporary reports of events during the 1950s, the author provides an account of these momentous changes through his well-researched and highly readable text. His previous book on the subject. Glory Days: LT in the 1950s, proved to be well-received and quickly sold out; this new book, which complements the earlier work, explores further many of the themes examined in the earlier book. London Transport subjects have, over the years, proved to be amongst the most consistently successful transport titles published and Michael Baker has shown himself to be amongst the most popular commentators on the subject. This new addition to the Ian Allan Publishing list will be required reading for all with an interest in LT subjects of that period.

Book Description Hardback. Condition: Very Good. The book has been read, but is in excellent condition. Pages are intact and not marred by notes or highlighting. The spine remains undamaged. Seller Inventory # GOR005034220

Book Description Ian Allan Publishing, 2004. Hardcover. Condition: Used; Good. **Simply Brit** Shipped with Premium postal service within 24 hours from the UK with impressive delivery time. We have dispatched from our book depository; items of good condition to over ten million satisfied customers worldwide. We are committed to providing you with reliable and efficient service at all times. Seller Inventory # 2043747

Book Description -. Hardcover. Condition: Very Good. London Transport in the 1950s This book is in very good condition and will be shipped within 24 hours of ordering. The cover may have some limited signs of wear but the pages are clean, intact and the spine remains undamaged. This book has clearly been well maintained and looked after thus far. Money back guarantee if you are not satisfied. See all our books here, order more than 1 book and get discounted shipping. Seller Inventory # 7719-9780711030091

Book Description Ian Allan Publishing 31/10/2004, 2004. Condition: Very Good. Shipped within 24 hours from our UK warehouse. Clean, undamaged book with no damage to pages and minimal wear to the cover. Spine still tight, in very good condition. Remember if you are not happy, you are covered by our 100% money back guarantee. Seller Inventory # 6545-9780711030091